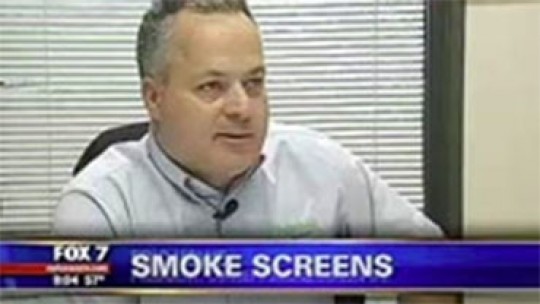 A spate of mass shootings in schools and colleges last year in the US, culminating most recently with the atrocity in Sandy Hook, has left open wounds in many American lives. Everyone is in agreement that this cannot be allowed to continue. What can't be agreed upon is how to tackle this problem. The nation is divided.

President Barack Obama recently issued his Gun Control Plan, a list of 23 directives aimed at preventing these terrible acts. There are plenty of well publicised arguments for and against gun control and also many constitutional rights to cite. One thing however is quite clear, and to quote Mr Obama, "Our first task as a society is to keep our children safe." Let's start from this common goal and move forwards.

We believe we have a solution, one that should appeal to all sides - a security Smoke Screen. First developed in the UK in the 1970s to protect bank vaults, Smoke Screen works by instantly filling an area with thick, non-toxic smoke. It is employed in the UK primarily for protecting property and goods by removing an intruder's ability to see. Can't see it? Can't steal it!

Additionally, it has proved itself very effective at protecting people too, Smoke Screens have met with great success when deployed in violent armed raid scenarios. It is this element that Eric Howe, President of Concept Smoke Screen US, is recommending for use in American schools, 'we would like to put it into classrooms and have a single machine in each classroom with a teacher with a remote control so with the press of a button, within seconds the entire classroom is filled with a density that nobody can see. In the event of a lockdown situation, the teacher would put the children in the safest part of the classroom, sit them down, press the button and that's all you needed to do.' A very unique UK solution to a US problem.

So whether you believe in a total ban on guns, or whether people who want guns will get guns regardless, or you want to preserve the right to bear arms, this is a solution that caters for every side. It's not so much about if we can stop these things happening, more how can we stop the loss of life should something like this happen again in the future.